Stones Speak Now and Then... 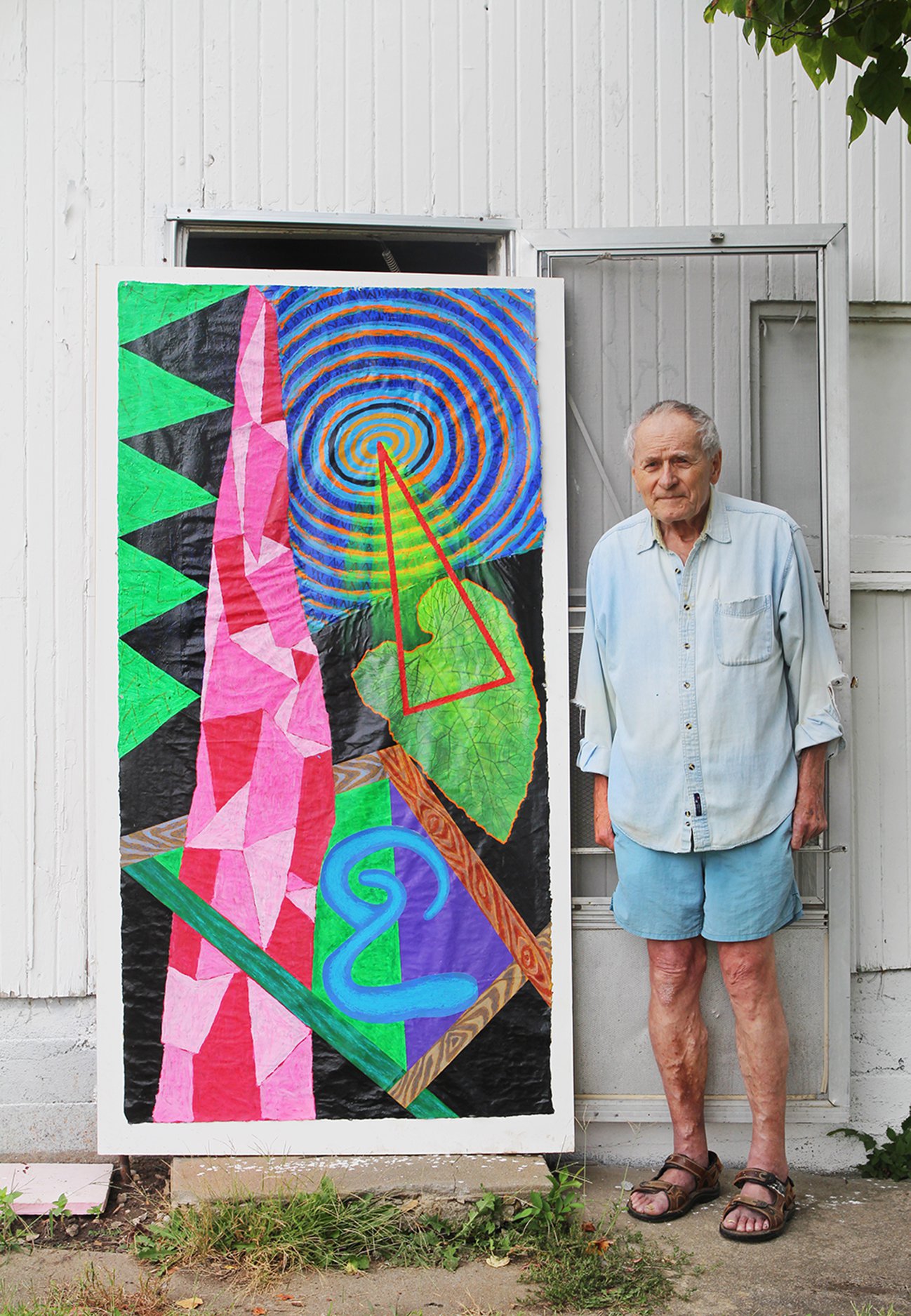 Now titled, Climate Change, a relief print from the 1980's, is one of several works on paper which have
evolved over time, representative of his mature mixed media style and  current aesthetic. Work in progress, 2019.

Printmaking has been a key element in Priede's work since the day he stepped into the printing studio at the University of Minnesota in the 1950's. His connection to lithography transcends the physical manifestation of ink and stone.  It is something more primal, deep within his nature. As if voices of ancient stones whisper their secrets into his sympathetic ear. 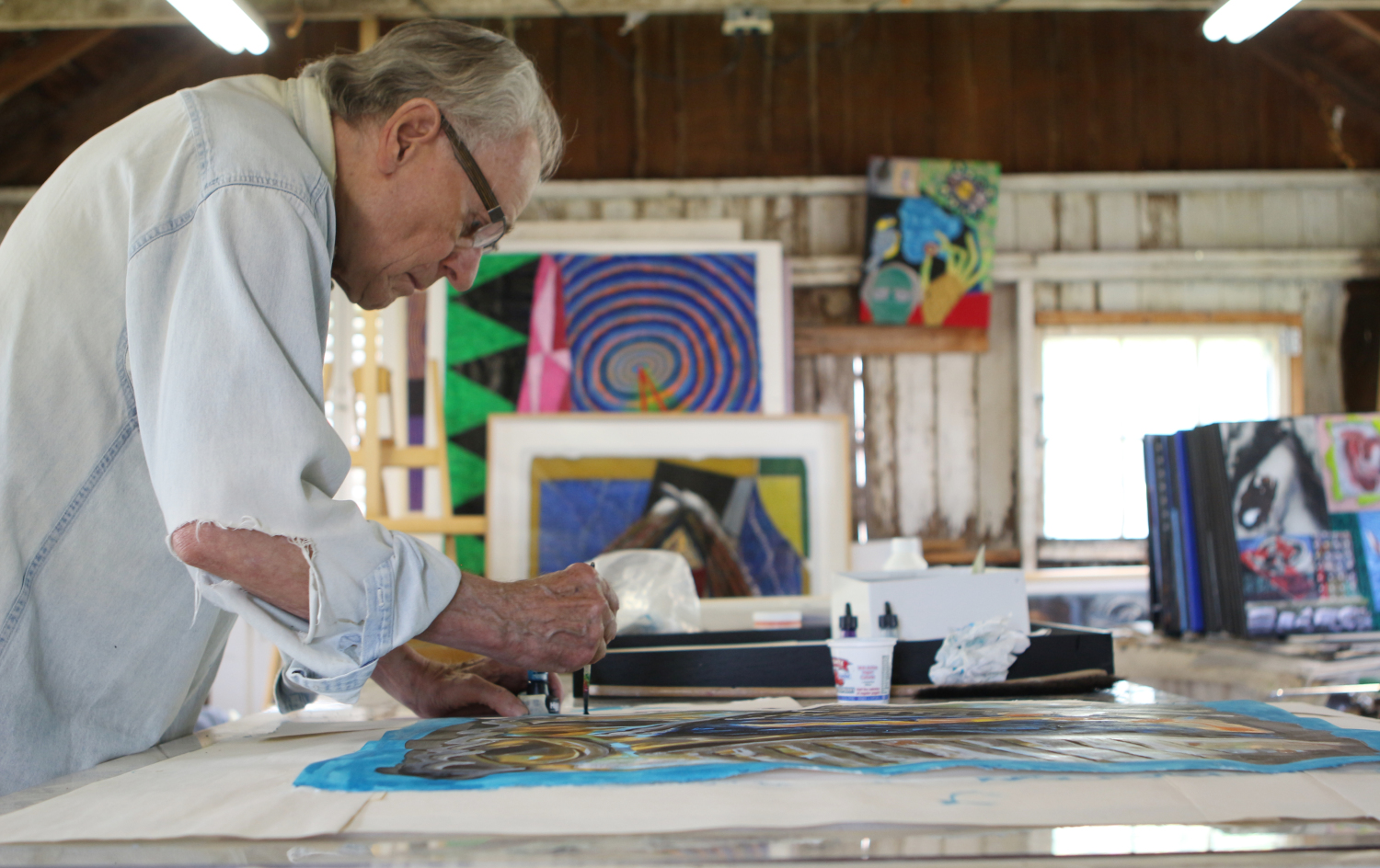 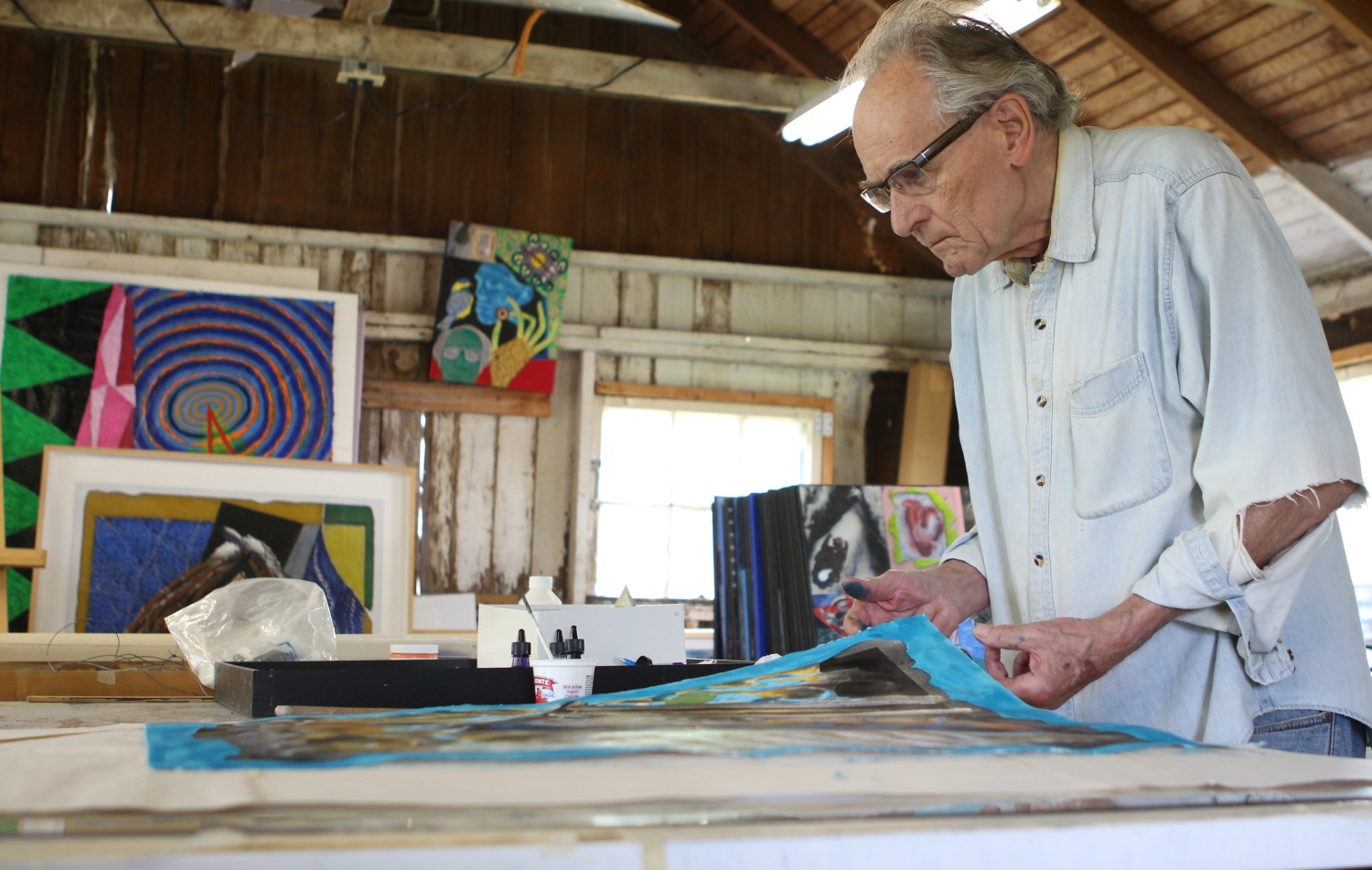 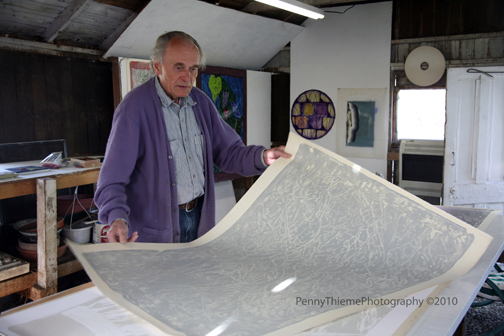 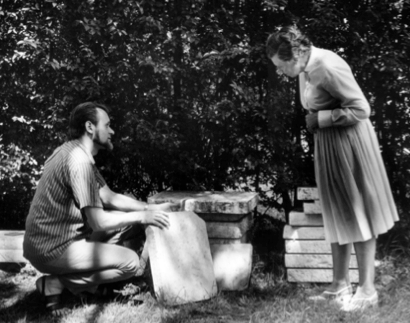